Rep. Skindell Opposes State Issue 2, An Attack On The Freedom To Vote 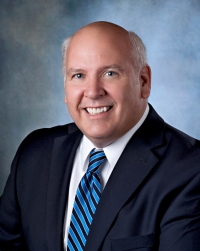 State Rep. Michael J. Skindell (D– Lakewood) issued a statement opposing State Issue 2 regarding voting qualifications. The proposed constitutional amendment would add restrictions to voter qualifications, potentially barring 17-year-olds from voting in primary elections. Rep. Skindell testified to the Ballot Board, expressing concern that the Board-approved ballot language does not accurately describe the new restrictions to voting that the constitutional amendment will impose.

“I strongly oppose State Issue 2, which will be on the ballot this November,” said Rep. Skindell. “Issue 2 would add new restrictions to voting for all Ohioans, taking our state backwards. Further, the Ballot Board approved language on a party line vote that does not accurately warn voters about what they are voting on. The people need to know the truth. This issue could take away 17-year-olds’ longstanding right to vote in primary elections. It also restricts voter registration for an entire month before elections, an unnecessary and deliberate obstacle to voter access. The voting restrictions proposed in Issue 2 are an attack on our freedom to vote. I oppose Issue 2 and encourage Ohioans to reject it by voting ‘No’.’”