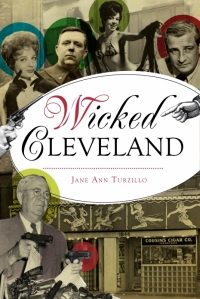 Wicked Cleveland presents a look into Cleveland’s rough and rowdy past. From bookies to mobsters to Lakewood’s infamous bank robber Ted Conrad, author Jane Ann Turzillo tells the stories from Cleveland’s underworld. Jane Ann Turzillo is a National Federation of Press Women award winner for her books and journalism. She has been nominated twice for the Agatha Award for her vintage true crime books. Books will be available for sale and signing at this event.

Join Lakewood League of Women Voters for a screening of Iron Jawed Angels. American suffragette Alice Paul (Hilary Swank) takes her advocacy to Washington, D.C. to fight for the right to vote. When President Wilson refuses, Paul shows how far she is willing to go for the cause. While challenging the ideology of patriarchy, the film showcases democracy and exhibits white privilege. The film will be followed by a discussion.

Presentation- A History of Piracy on the Great Lakes

Presented by the National Museum of the Great Lakes

Lake Erie may not have been home to parrots or peg legs, but plenty of pirate lore surrounds the freshwater seas. The Great Lakes were no stranger to thievery, mutiny or unsavory characters, and there are stories to prove it. Join Christopher Gillcrist for a historical and cultural re-examination of piracy and its implications for understanding Great Lakes history. Christopher Gillcrist is the Executive Director of the National Museum of the Great Lakes.