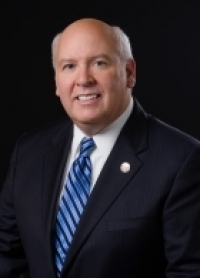 State Reps. Michael Skindell (D-Lakewood) and Terrence Upchurch (D-Cleveland) today filed legislation to introduce the funding of public transit in Ohio at $150 million annually, using a mix of State and Federal revenues. The legislation seeks $100 million from Ohio’s General Revenue Fund and $50 million in revenue from Federal Highway dollars, known as Federal Flex dollars, annually over the two-year budget to go to transit.

In his proposed state budget, Governor DeWine outlines a small appropriation of approximately $7.3 million annually from the General Revenue Fund for public transit. Neither the state operating budget nor the state transportation budget earmarks federal flex dollars for transit. The existing state operating budget passed in 2019 appropriated $70 million annually for public transit from the General Revenue Funds. Transit systems have received less than this amount due to budget cuts resulting from the COVID-19 pandemic.

“I am extremely discouraged that Gov. DeWine and his administration do not understand the importance of public transit for many working individuals in this state, said Rep. Skindell. “I was pleased that the Ohio General Assembly made a significant commitment to greater public transit funding in the last transportation bill. Our legislation today recognizes that we need to create a transportation system that addresses Ohio’s changing demographics and transportation preferences, links people to jobs and training opportunities, and provides access to businesses and healthcare.”

Rep. Skindell has been advocating for increased public transit funding in every state budget since 2003. The use of General Revenue Fund (GRF) dollars has radically decreased from $44 million in 2000 to $6.5 million in Fiscal Years 2018 and 2019. Currently, the use of federal flex dollars for public transportation is only at $33 million per year. With these combined amounts, Ohio was spending 63 cents per person on mass transit.

“The historic cuts and underfunding in public transit have resulted in higher fares and cuts in bus services, including senior and disabled transportation options, across the state,” said Rep. Upchurch. “Our proposed investment increase in public transit is a historic step forward, but more is needed to address the needs of public transit in Ohio after nearly two decades of under investment.”

In 2015, the Ohio Department of Transportation’s (ODOT) Statewide Transit Needs Study reported that there was a significant shortfall in funding public transit and recommended a $120 million investment in 2015 to stabilize transit systems to address both service and capital investments, and increasing that investment to $185 million over a decade.