Mike Skindell Has Helped Build Lakewood Into What It Is Today 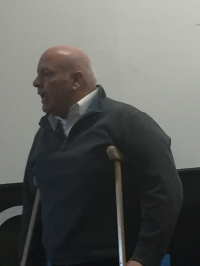 As I sit back and evaluate why my family chose Lakewood as our home, I can see what drew me to this community were often things that Mike Skindell promoted or helped create as a result of his representation of Lakewood.

We are a dog family. Other than the discriminatory dog law, the community of Lakewood is great for dog lovers. We have 5 children, so they love seeing all the dogs in the neighborhood and being able to visit a leash free dog park to really get active with them. Mike Skindell helped bring the dog park to Lakewood when he was on City Council.

Also while on City Council, Skindell worked to preserve several historical buildings and architecture. Lakewood’s character and sense of place are central to the walkable landscape that so many residents and visitors praise.

In 1999/2000, Skindell sponsored the domestic partnership benefits ordinance. It was unprecedented at that time to fight for equality for the LGBTQ community. He took that passion for this cause to the General Assembly too! He joined the state legislature in 2003 and has sponsored or co-sponsored The Fairness Act in every session of the General Assembly.

Mike is also a fighter for the working class. He was on the front line against SB5 in 2011 and continues the fight against the “right to work” for less. He’s a firm supporter of a $15/hr minimum wage on the journey to a living wage. And that doesn’t mean women get paid eighty percent of that—Mike is committed to pay equity to close the wage gap.

Mike has been fighting for gun safety for several years too. In 2013, Mike and Charleta B Tavares cosponsored SB18 that would have banned assault weapons in the state of Ohio. This year, Tavares and Skindell introduced another assault weapons ban under SB260. He has not only received but earned an "F" rating from the Buckeye Firearms Association.

Mike has worked constantly to make Lakewood and the surrounding area a safe, welcoming city that based its values on equality and fighting for the working class. I am proud to be a resident of Lakewood for 13 years, and I am proud to be supporting Michael J. Skindell for State Representative for District 13.