Be Part Of The Lakewood Story: Vote Against 64 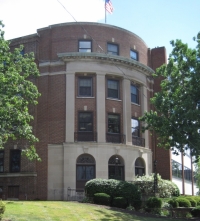 The best thing about Lakewood is that we find a better way, again and again.

Mom-and-pop businesses are still fighting in Lakewood. Even as a few more cookie-cutter restaurants and discount stores have pushed in, I’ve watched not one but two big coffee chains open across from the Root Café, and finally give up.

A truly local newspaper is bucking the trend in Lakewood, amid some of the toughest years ever for local journalism. Even as a changing market and absentee owners cut away at Cleveland’s paper, the Lakewood Observer gets better and better. It’s still a labor of love, but after a decade it’s going well enough to inspire spin-offs and imitators.

In a county of big, regional consortiums, Lakewood’s library system goes it alone and thrives. Even as other public libraries cut back hours, Lakewood’s keeps its doors open into the evening and on weekends.

Somehow, our community finds a way to do better than conforming to the trend. If there’s anything special behind this, it’s probably just people who believe in our city and in fighting for it, always.

Lakewood’s people refused to give up on St. James, even when it had been closed and “a done deal” for years. They kept trying anyway, and proved that it wasn’t too late to save St. James after all. Likewise, when city officials made the decision to raze homes for a top-down redevelopment plan, ordinary Lakewood citizens chose to fight a referendum campaign that had no chance. They didn’t have money, they didn’t have influence, the decision was made, etc.

Yet somehow people with their own ideas about how to do things, standing up for what’s theirs, prevailed.

This fall we have another chance to continue our Lakewood story, and every voter can take part. Most of us may never found a newspaper, or open the next Melt. But we can vote against a needlessly closed hospital, and against a retreating, declining Lakewood that settles for less.