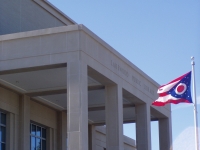 Urban planners, professional or otherwise, are always looking for ways to improve cities. Change, after all, is one constant gift that keeps on giving. As we turn the page on another year of the 21st Century, Lakewoodites can once again reflect on our historical and future place in the scheme of this bustling and rapidly expanding throng of humankind that we call Earth.

As with many cities, there are things that we have done very well to position ourselves in a positive light for the future. At the same time, there are things that perhaps we might have done better over the years. This column takes an admittedly opinionated historical look at the state of our centennial city, by one who has lived here for more than half of that time.

Being the first suburb west of Cleveland, the Rockport Township/Lakewood area was ideally suited for homes and recreational activities. The wealthy developed the Clifton Park area as a 19th century resort, and even built their own private railroad in order to get there. For the better part of the 19th century, Lakewood was also a fruit and farm paradise. Orchards, farms and grape vineyards mixed with a lakeside polo field, while Lakewood resident Dr. Jared Potter Kirtland and his estate (located at present-day Bunts and Detroit) helped to develop the nation's agricultural technology.

By the dawn of the 20th century, local gas and oil discoveries became the big buzzwords of the day. Hundreds of wells were drilled in and around the Rockport township/Lakewood area. Mud and more mud flew everywhere as heavy machine wagons rolled anywhere that they could find a spot to drill. At the same time, the real estate people were dividing and sub-dividing the old orchards, vineyards and farms into housing parcels. Lakewood's close proximity to Cleveland caused the development of six major east-west road thoroughfares to pass through our little rectangle of land. The big money investment people quickly threw up apartments, restaurants, bars, and stores along Detroit and Madison avenues, so that downtown workers would have a place to sleep, eat, and drink their sorrows away. Electric streetcars quickly came along, in order to facilitate travel for those workers. Churches and schools popped up, as did factories on Lakewood's East End. Gradually, the gas wells were capped off, and more and even more postage stamp residential properties popped up along Lakewood's newly constructed brick side streets. Overhead electric lines spread everywhere. Over time, stables and horse troughs gave way to horseless carriages, including several designs having a direct connection to Lakewood. (The Winton and Templar cars.) A very early seaplane was even docked at, and flown out of, the Clifton Lagoon area. Millionaire steel magnate Andrew Carnegie even contributed a nice chunk of change to help Lakewood have their own library. Development kept rolling along at an amazingly rapid pace.

By the early 1950's into the 1960's, Lakewood was bursting at the seams. Traffic was a nightmare. Seemingly overnight, the streetcars were replaced by buses, and the business district began to grow by leaps and bounds. Lakewood's hospital expanded, and Lakewood Center North and the Lakewood Hospital Medical Building also staked their claim to Lakewood's downtown scheme of things. Lakewood's Gold Coast, down by the lake, became an area of prime real estate for those who enjoyed having those close-by lakeside views, without having the responsibilities of lawn care and house painting.

During the latter part of the 20th century, Lakewood sort of entered into a "Pax Romana" period. The nay-sayers who feared that Lakewood would eventually go down the drain were proven WAY wrong. At the same time, the newly constructed post-war freeways made their mark on inner-ring suburbs in a devastating way. Those superhighways, along with low-interest home loans, caused a brutal egress from Lakewood, along with other communities that were close to the central city. For a time, it seemed that virtually anyone who could afford to leave Lakewood's middle class residential areas, did so. Our city became demographically smaller and poorer, dropping in population by some 20,000 people. The nay-sayers again started to bray, the churches started to pray, and just about anyone who could get out of here, got away.

Inner-ring churches found that their supporting demographics left them like the migration of so many brown lemmings on those Alaskan ice floes. Those same churches started to consolidate and close with alarming regularity. As one Lakewood pastor pointed out to me, many of Lakewood's movers and shakers got shook up and moved. For awhile around here, it seemed that the only happy people in Lakewood were the bar owners.

Many people indeed left our city, but not all. In fact, many new people were also starting to come in. In a way, those were the same sort of people who had been coming here all along. These were immigrants in search of a new life, as well as people from the inner city, hoping to educate their children in Lakewood's schools. Then too, there were people who were looking for a reasonably priced home in closer proximity to their workplace...In some ways, nothing had changed that was all so different from Lakewood's original vision as being a hard-working, and yes, at times transient, and yet, a totally dynamic community.

New ideas came into being from those who cared deeply about this city. Some of those, like Lakewood's proposed West End Project, were less successful, while others took root and began to grow and flourish. A few years back, our schools began an as-yet unfinished program of building and re-building, while at the same time updating classrooms with "smart" blackboards and world-wide-web computer innovations. The library received a major face-lift, as did our downtown area recently.

As always, our community stands at that perpetual crossroads between tradition and change. There are those who would try to keep Lakewood's vision as being a perpetually stuck-in-time "streetcar suburb," while at the same time, there are others hoping to transform this place into a shiny chrome-and-glass "urban chic" destination. Currently having both an eclectic and thriving small-business retail environment, as well as having an equally eclectic (and extensive) group of restaurants and fast-food eateries, Lakewood continues to attract people through its attractively-priced and varied housing stock, as well as its walk-ability and bike-ability. Close-in proximity to the "big city advantages" in this age of high fuel prices does not hurt either. Some of the outlying suburbs now suffer daily traffic mega-woes, due to the urban sprawl of the last 20 years. Lakewood, on the other hand, continues to be a very people-friendly and convenient location to live, work, and shop in.

The Luddites were a group of English people in the early 1800's who resisted the changes of the machine age. The term "Luddite" has come into our modern vernacular as being an expression meaning something or someone resistant to change. It will remain to be seen whether Lakewood's leadership will continue to have the creative vision to move Lakewood forward in the face of declining governmental revenue streams, given the financial and social realities of our present times. At present time however, Lakewood would seem to be very well-positioned to become a 21st Century leader among the progressive communities of Greater Cleveland.