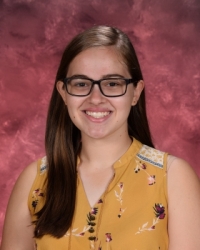 Lakewood High School seniors Gina Marjanovic and Nina Seckers have been named National Merit Semifinalists in the prestigious National Merit Scholarship Corporation competition. This designation recognizes Gina and Nina as among the top students in the nation.

Based on their PSAT score from the 2019-2020 school year, Gina and Nina join the group of 16,000 Semifinalists who represent less than 1% of the U.S. high school seniors and the highest-scoring entrants in each state. They will have the opportunity to continue in the competition for some 7,600 National Merit Scholarships worth more than $30 million, offered next spring.

Congratulations to Gina and Nina!