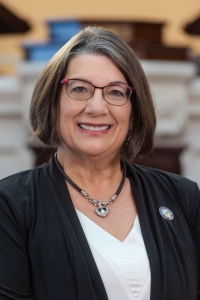 Equality Ohio recognized both of Lakewood’s state legislators among three Allies highlighted, recently, out of more than 130 lawmakers.

State Senator Nickie Antonio and state Representative Michael Skindell each received an “A+” grade, from the LGBTQ+ advocacy organization, based on voting records and public statements. Equality Ohio further honored Antonio and Skindell as featured Allies, for years of support including ongoing efforts to pass the Ohio Fairness Act.

Equality Ohio called Antonio “a tireless advocate for LGBTQ+ Ohioans throughout her career,” noting that she is the first and only member of the lgbtq community openly serving in the Ohio legislature.

Skindell’s “unwavering support for LGBTQ Ohioans over his nearly 20 years in the Ohio Legislature earns him a permanent spot on our list of allies,” the organization said.

Equality Ohio’s third notable Ally for 2020 was state Representative Bret Hillyer, a first-term Republican who provided the Fairness Act its first bipartisan primary sponsor last year. The Fairness Act, which would provide statewide nondiscrimination measures like those passed by Lakewood and other cities, has earned a growing coalition of support through years of effort, though it currently awaits action in the Ohio General Assembly.

The full report card includes summaries of legislation, and grades for each of Ohio’s state legislators, as well as the Democratic and Republican candidates for president and vice president.

“I think the report card is a really helpful resource, especially this year, for people to learn who is supporting the LGBTQ community with real actions,” said Antonio.

Skindell said he appreciates the honor, and hopes it will provide a reminder of the important, incomplete work for fairness and equality. “In much of Ohio, people can still be denied jobs, housing and services based on sexual orientation or gender identity,” said Skindell, “and it’s our obligation to change that.”