The View From Ward 2 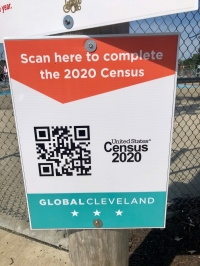 At last week’s City Council meeting, I introduced an ordinance that would permit and encourage urban beekeeping in Lakewood. Beekeeping is currently prohibited in Lakewood, however, according the Ohio Department of Agriculture, we have 23 beehives located in our City. Throughout the process of drafting this ordinance we heard from many interested residents that shared with us their beekeeping experience. We learned that honeybees are quite docile and curious creatures. One beekeeper told us that he doesn’t use any protective gear as he handles thousands of bees in his hive. Another Lakewood beekeeper shared that he is allergic to bees but is not worried about being stung, and told us that his child plays in the backyard and has never been stung. The ordinance was referred to the Planning Commission and the Housing, Planning, & Development Committee for further deliberations. The goal is to have this completed by this Fall.

At last week’s City Council meeting, I joined Councilmembers Tristan Rader and Tess Neff in introducing a resolution that will designate the green space between St. Charles Ave and Belle Ave as a park. This has been a resident-driven effort, which included the hard work and advocacy of many, including my predecessor Sam O’Leary. The park will be named after Bernice Pyke. Ms. Pyke worked tirelessly for the passage and ratification of the 19th Amendment giving women the right to vote. She also was one of the first women in the United States elected to public office, winning her seat on the Lakewood Board of Education in 1920. Additionally, Ms. Pyke was the first woman to run for Lakewood Mayor, served as the first female member of a Cleveland Mayoral cabinet, was the first female delegate to the Democratic National Convention, and was appointed Director of Customs Collection for Ohio by President Franklin Roosevelt.

Appropriately, it is planned that the park will be dedicated in her honor on August 18, 2020, the 100year anniversary of the ratification of the 19th Amendment.

The Housing, Planning, & Development Committee meeting was focused on parklets. Parklets take many forms, but generally, Parklets are seating spaces that extend the sidewalk, often taking the place of a car in a parking spot. Under the Temporary Outdoor Dining Resolution, the Planning Commission can approve parklets to allow for additional outdoor dining space. At a previous committee meeting, the administration expressed an uneasiness in approving any parklet proposal without the existence of design guidelines. Mayor George requested that Council provide direction in the form of a proposed set of guidelines along with how we envision the implementation of parklets. With input from my colleagues, I drafted guidelines and presented them to the Mayor and her staff.

Mayor George shared that she will seek input from the Planning Commission, Public Safety Forces, and the rest of her team in the coming weeks. If all goes according to plan, the City will be ready to accept applications for parklets by the beginning of August.

We had a robust discussion about the Lakewood Police Department’s policies and practices at the Public Safety Committee meeting. We learned that our department does not use bean bags, rubber bullets, or tear gas. The Lakewood Police Department does have at its disposal OC Vapor for use in crowd dispersal. OC Vapor is significantly different than tear gas because of its nonintrusive nature. Unlike tear gas, where the effects of it continue once a person leaves the location in which the gas is deployed, OC Vapor no longer effects a person once they leave the area where the vapor is deployed. Additionally, decontamination is not necessary.

We also learned about our department’s extensive training in de-escalation, anti-bias, human relations, and crisis intervention. We have 27 Crisis Intervention Team (CIT) officers on the force and there is always at least three on shift at any given time. Last year, CIT officers responded to 191 calls, with 49 of those calls being suicidal threats. Out of all those calls, zero were arrested, zero were cited, 118 were voluntarily taken to the hospital, and 44 had to be involuntarily admitted to the hospital. Additionally, among those calls a taser was never deployed and OC spray never had to be administered.

You may have noticed some new signs around the City reminding you to complete the 2020 Census. Currently, only 67.3% of Lakewood households have responded. For more information or to respond to the Census, please visit https://2020census.gov/ or scan one of the signs around the City. It is so important to our City and schools that everyone is counted!

If you are interested in subscribing to the newsletter please visit https://mailchi.mp/shachnerforlakewood/newsletter. If you have any questions or concerns, please do not hesitate to e-mail me at Jason.Shachner@lakewoodoh.net or call me at (216) 714-2150

Jason Shachner is the Ward 2 Lakewood City Councilmember. He is currently serving as an Assistant Prosecuting Attorney in the Lake County Prosecutor's Offices' Criminal Division. He can be reached at Jason.Shachner@lakewoodoh.net or at (216) 714-2150.

Jason Shachner is the Ward 2 Lakewood City Councilmember. He is currently serving as an Assistant Prosecuting Attorney in the Lake County Prosecutor's Offices' Criminal Division. He can be reached at Jason.Shachner@lakewoodoh.net or at (216) 714-2150.