The Rockport Miracles-Part 4: Episode 20: The Ballad of Derecho Dan Continues: 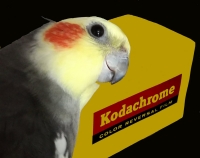 “…only a precious few ever remember and once they’re gone, no one ever remembers. WE MUST SEIZE THE DAZE!!” (Excerpt dated 6/15/75 from Maynard Gridley’s “Manifesto with Cheese.”)

Little Dan felt dead inside. He’d slept the previous night on the deck of Maynard’s boat and awoke to the pitter splatter sounds of concrete flaking off the High Level Bridge. Clutching a pint carton of Lawson's Chocolate Milk against his heart, Little Dan wondered how his life had gone so wrong-- so fast.  “It’s all Maynard’s fault!” he cried.

It was then the fifth day following Storm 5.5. After Rowena and the Three Joes had orchestrated a series of daring get-a-ways, Little Dan was now cowering in the Cleveland Flats on a boat named "The Friggin' A."  Maynard had converted the vessel into a gigantic floating bomb for reasons still unclear. It was no secret that Maynard had returned from Vietnam angry and confused. The question remained, however, what did Maynard want to blow up and why? Looking for answers, Little Dan combed through the cryptic ramblings of Maynard’s “Manifesto with Cheese.”  The document was difficult to read since it was covered with wine stains and cigarette burns. Throughout the manifesto, Maynard warned repeatedly that Americans must be prepared to act swiftly, “When the Giant Lizard appears before us.”

To keep his spirits up, Little Dan munched on the tuna salad sandwiches that Rowena had packed for him but, not even the zingy flavor of Wilmena Newman's famous tuna salad could beguile him. Little Dan broke down and cried, “I lost my dad, my mom, my dog, and the Gas & Lube.”

Meanwhile, the burnt remains of Rockport’s historic Gas & Lube had cooled down enough for human inspection to begin. When the underground tanks exploded the station’s Tire Corral had been torn to pieces. Hundreds of used tires, many on fire, all priced to sell, shot through the air and into the surrounding neighborhoods. As a result, 20 houses burned to the ground because of flaming tires and it was a real Rockport miracle that no one was hurt seriously. One of the flaming tires destroyed the house of Lester Brown, owner of the Rockport Camera Shop. Lester emerged unscathed but, after 5 days, the fate of his beloved ‘Kodachrome the Cockatiel’ seemed none too good.

Then, Little Dan’s string of bad luck ended and he didn’t even know it! Fire Chief Ned Nicholson and a team of firemen had collected over 200 tires from the neighborhoods. A hook and ladder truck was needed to recover the last one because the explosion had shot the tire into the high branches of a large oak tree. As the Hook and Ladder was being positioned, something colorful caught the eye of the firemen.

“Look at that pretty bird, will’ya?” one fireman said. The Chief looked but couldn’t see anything. “What is it - a cardinal?” asked the Chief. “Ain’t no cardinal that I ever see’d,” replied the ladder operator, “Looks like a little clown bird of some sort!” Chief Ned scoffed, “Aaag! We got plenty of clowns in this town, you betcha!... None with feathers, though.”

Just then a fireman flicked a switch and the hook and ladder roared to life. With the ladder high and sturdy against the tree, Chief Ned climbed within reaching distance of the tire. It was then that a peculiar sight froze him in his tracks. It was a bird popping his crested head up from inside the tire. He had a face with two bright orange cheeks and a yellow crest. The frightened bird shouted, “KODACHROME!” and flew off.

“Hmmm…," the Chief muttered, "it would seem that Lester Brown’s cockatiel is no longer missing.” Then, with gloved hands he un-ensnared the rogue tire from the tree branches. As he did, he heard a fright-tinged, whimpering sound. The tire itself was stuffed with Twinkies wrappers, potato chip bags, and what appeared to be the probable remains of several tuna sandwiches. The Chief removed all the trash from the tire, layer by layer, until he finally unveiled the source of the strange, pitiful sounds.

“OH MY GOD!!" Chief Ned shouted, "IT'S A MIRACLE! I CAN’T BELIEVE IT!!” Suddenly, the cockatiel returned, first landing on Chief Ned's shoulder before jumping inside the tire. The Chief looked at the bird and said, "Hey there little neighbor-- what's cookin'?!" The friendly little bird popped his head out of the tire, looked up at the Chief and shouted, “KODACHROME!!!”