A Brave Face: A Story Of Love 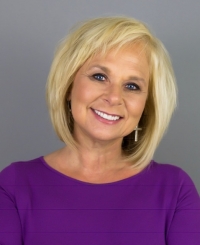 Barbara Marlowe is a determined woman. In 2006, a photo of an Iraqi girl in The Plain Dealer affected her so much she reached across the world, overcoming the obstacles of bureaucracy, time, distance and culture to help a severely burned child achieve a new life.

On Thursday, December 19, 2019 at 7:00 p.m. in the Main Library Auditorium, Marlowe will be telling her story and that of Teeba Furat Marlowe, the little girl she brought to America for medical treatment. Together they’ve written a book, “A Brave Face,” about their inspiring journey.

It was Teeba’s eyes that did it. Marlowe saw Teeba’s huge dark eyes staring out from a tiny burned face and felt compelled to do something for her. A roadside bombing in 2003 had killed her brother and left one-year-old Teeba with second degree burns covering her head and hands. Marlowe began a one-woman campaign to bring Teeba to Cleveland. Through international aid organizations, Marlowe arranged for transportation, visas and translators. She appealed to University Hospitals for the treatment needed for Teeba’s scars. It took a year, but Teeba and her grandmother traveled from Iraq to begin the medical treatments in July 2007.

What began as Marlowe’s quest to help a little girl became a life-changing endeavor. Marlowe and her husband became parents to a girl who delighted everyone with her sunny personality and rapid command of English. The painful and invasive treatments and surgeries were supposed to take two years, but complications arose. As time went on, Marlowe, Teeba and her family back in Iraq realized that the scared five-year-old Iraqi girl who had arrived in Cleveland was becoming an American. Teeba, a student at Gilmour Academy, is now a self-possessed young woman who loves dancing and has plans to become a doctor.

Join Marlowe on December 19, 2019 at the Lakewood Main Library to hear more about this remarkable story and the book that resulted from it. Copies of “A Brave Face” will be available for sale and signing.