Cordray And Kucinich To Speak At March Democratic Club Meeting 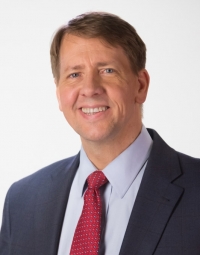 On March 29, the Lakewood Democratic Club will hear from two candidates for governor back-to-back.

Richard Cordray, the first-ever director of the Consumer Financial Protection Bureau, will address members and guests first. Former Congressman Dennis Kucinich will then discuss his own career and campaign.

Club president Grant Mackay says that this double-feature is a tribute to the motivated, engaged community in Lakewood.

“Speakers occasionally praise our club’s turnout for meetings, and say that the road to winning in Cuyahoga County detours through Lakewood,” says Mackay. “It’s a generous thing to say. But when we line up three candidates for governor in three meetings—and two of them even consent to share a meeting—something’s happening in this club.”

In January, the club hosted state Senator and candidate for governor Joe Schiavoni. After the appearance by Cordray and Kucinich, three-fourths of the Ohio Democrats’ remaining gubernatorial field will have appeared personally at the Lakewood Democratic Club.

The club’s officers expect the two-candidate March meeting to be a large draw. Cordray is a former Ohio Treasurer and Attorney General, and his tenure at the Consumer Financial Protection Bureau has received national attention. Kucinich is well-known locally, as a former mayor of Cleveland and an eight-term congressional representative for westside communities including Lakewood.

“Our February meeting featuring judicial candidates filled nearly every seat, so we look forward to a potentially historic turnout this month,” says Pagsuyoin. “We’re making plans to accommodate extra people, but seating will be first-come first-served,” she says.

The Lakewood Democratic Club’s March meeting will begin at 7 p.m. on Thursday, March 29. (Doors open at 6:30.) Meetings take place in the Woman’s Club Pavilion in Lakewood Park, and are always free to attend as a guest.