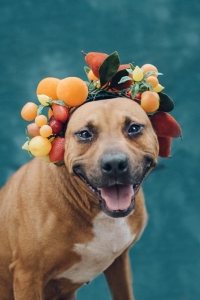 Pit bull, or not a pit bull?

Since I started my campaign for Lakewood City Council this year, I have had the chance to speak with many current and former Lakewood residents. One of the major themes that keeps rising to the surface is Breed Specific Legislation [BSL]. This is the ordinance passed here in 2008 placing harsh limits on pit bull ownership within city limits. Some measures were taken to lower fines and waive registration fees, but this really isn’t enough.

I am 100% on the side of those who want this ordinance repealed entirely. Last week a friend of mine told me about how she ended up in Cleveland. She had lived in Lakewood for a few years, got a pit bull puppy, then became aware that Lakewood restricts pit bull ownership. She told her landlord, thinking that she would simply have to register her dog, pay a fee and that was it. Unfortunately, the next week she was served an eviction notice, citing the BSL ordinance.

It appears that in this case, the landlord didn’t follow proper protocol. But this is what is happening, and right or wrong, it is a direct consequence of this legislation. Not only do BSL ordinances cause all pit bulls to be stereotyped as evil menaces to society, BSL has the same effect on pit bull owners, lumping them into that same category.

Often, these rules are not really about pit bulls anyway. In the same way, the war on drugs is not about the drugs, and closing public basketball courts has nothing to do with safety. This… is really about that. It’s dog whistle politics.

BSL disproportionately affects minorities and on purpose. In his latest book, Pit Bull: The Battle Over an American Icon, Bronwen Dickey lays out the events that led to this phenomenon. As industrial America started its long decline in the 1970s, whites departed older urban areas, leaving behind those less able to move, mostly minorities. Many who stayed in the neglected urban centers came to depend on pit bulls for companionship and protection, as they are reliable, hearty and loyal dogs. Soon many cities, particularly suburbs, began passing laws to keep out what one prominent BSL advocate called “killer dogs and their dangerous owners,” both.

Not unlike the dogs they most often target, BSL is more bark than bite. The subjectivity involved in determining a dog’s breed is problematic for enforcement of BSL. Someone has to look at the dog and make a call, which is impossible to do with any accuracy. It is guess work. This makes BSL little more than a giant sign reading, “You and your dog are not welcome here.”

I am not accusing city councils of old of being racist. I don’t know them, I have no idea what was on their minds at the time, or what evidence they weighed. But we have an opportunity now to weigh current evidence ourselves and do what’s right for our community today. This is why, as Lakewood Councilman At-Large, representing the best interests of the city as a whole, I will introduce an ordinance in the first 60 days of my term to repeal all Breed Specific Legislation in the city of Lakewood.

Tristan Rader worked in the non-profit sector including starting including the Greater Cleveland Food Bank and founding a non-profit in Africa. In 2015 he finished his MPA at Levin College of Urban Affairs, Cleveland State and continued his studies at the Harvard Kennedy School of Government - Executive Education program. He then joined Sen. Sanders staff and worked on his presidential bid. After returning home he managed a Congressional campaign and became one of the founding directors of Cuyahoga County Progressive Caucus where he currently serves as Operations Director and is a candidate for Lakewood City Council At-Large.