Our Friends Nearby...Franklin, And The Uniontown Heights Sunday School 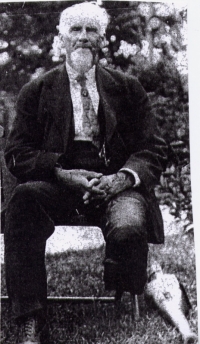 There's a beautiful historic region in Venango County, Pennsylvania, where Dad (the late Robert Rice) and I were born. As far as I'm concerned, it's still one of the best kept destination secrets around.

Our historic home town, Franklin, Pennsylvania, sits where two rivers (French Creek and the Allegheny) merge. Well before America became a nation, that area was considered to be hugely strategic real estate by the French, Native Americans, and the British. Remember too, that you could hop on the Allegheny River with your canoe, and sooner or later, just by floating downstream, you'd come to the Ohio and Mississippi rivers and one day, end up down in New Orleans. In those days, control of those waterways was essential for commerce. When Great Britain and France fell into conflict for those lands in the mid-1700's, Native Americans were drawn into that conflict, and terrible wars ripped the land apart. All of that was in direct opposition to William Penn's original concept of wanting Pennsylvania to be a perpetual land of peace and love for all.

Over time, there were actually four different forts constructed in Franklin. Much prehistory and recorded history happened in the Franklin area. The huge "Indian God Rock" sits nearby on the Allegheny River, having mysterious prehistoric inscriptions. It was also one of the places where French explorer Celeron reportedly buried a lead plate, claiming the area for France. A young George Washington surveyed the area for the British, and even John Wilkes Booth lived in Franklin for awhile.

Just before the Civil War, Col. Drake struck oil in nearby Titusville, and suddenly, high grade crude oil became virtually synonymous with western Pennsylvania. Boom towns sprang up, and just as quickly, disappeared, as oil leases flourished and dried up. Fortunes were made and squandered in those hills around Franklin. Some of America's wealthiest people set their sights on that area. Nearby Oil City was so named for its significant part in the great oil boom. Oil and mining-related industries developed quickly, and Franklinites soon found more work than they had ever imagined. With money flowing like the oil itself, Franklin's many antebellum homes and architectural wonders were preserved like the contents of a time capsule.

From the beginning, Franklin's people were a disparate lot of highly individualistic folks, many of whom had fled the onrush of civilization, as well as many who had fled religious or governmental persecution. One thing that I remember from my years there was that there was virtually no concern about where people "came from," or what their politics were. In Franklin, you were accepted for who you were, period. Your personal life was absolutely off-topic and would never be brought up, unless by yourself, and indeed, who would ever think to do so? It was the present that mattered in Franklin, as it was back then in much of small-town America. There was no such thing as a segregated school house in those hills and dales either. Grades were together at Dad's old Bunker Hill School, and the students from those different grades helped each other with their lessons. In short, the epitome of melting-pot pre-war America was achieved in Franklin, to an extent that we could only marvel at today.

Just outside of Franklin was a small enclave of people in a micro-community called "Uniontown Heights." (Or Uniontown Hill.) Literally built onto the side of a hill, that's where Dad and I grew up, and where I lived until my seventh year, when we came to Lakewood. No one seemed to know much about the beginnings of Uniontown Heights, but many areas of the North were built up by returning Union soldiers looking for places to build homes and raise their families. Franklin contributed a high percentage of its young men to the Civil War, including my own great-great-great-grandfather. In the rafters of the ancient farmhouse where I grew up hung a blue Civil War uniform. No one could recall whose uniform it was, and it may still be hanging there to this day.

At the summit of Uniontown Hill stood (and still stands) the little Uniontown Heights Sunday School. The place served as a church and community center for the community. There were no regular preachers back then. About once a month, a visiting pastor might come around, but on the whole, you just went there with your friends and family and studied the Bible. The Sermon on the Mount (a timeless speech by Jesus concerning many answers to life) was a common theme, and a God of acceptance, inclusion, and love was emphasized over legalism and rules. Uniontown Heights Sunday School accepted everyone who walked in the door. Dad and I both agreed that few churches that we have attended since then ever came close to showing the accepting, positive, non-judgmental love of God and humankind that we experienced there. It was almost as if, coming home from the Civil War, so many of the war vets and their families wanted a place of unity, peace, and acceptance, for all to attend; so as to put the blood and the conflicts of inhumanity far away from their homes.

Over time, the economics of western Pennsylvania changed. Oil wells were capped off as the drillers went offshore. Local industries and businesses struggled to meet payrolls, and slowly, towns like Franklin began to shrink in size and start to decay, as young families like ours left the hills for work in the cities. Fortunately, these days, there are many people and groups who are working to preserve Franklin's unique beauty and history, as a visit to that town would readily attest. (Just over 2 hours from Lakewood.)

For me however, among all of Franklin's many attractions, that beautiful little Uniontown Heights Sunday School meeting house will always have a very special place in my heart.

(This column is dedicated to Gary's 3X Great-Grandfather, Emanuel Rice, who lost his leg while serving with Co. G in the 100th Pennsylvania "Roundheads")