This was from an interview at 6am on MSNBC. At 10:am they updated this comment with "A peak between mid-May and mid-June"

Why do we care about what Tomislav Mihaljevic says? Well he is the new head of the Cleveland Clinic.

When asked when he thought Ohio would be out of danger, his answer was sobering. Out current model shows it peaks between June 14 and July 14, but more like mid-July.

This of course aligns well with the much lower but longer flatter curve, Dr Amy Acton has been showing and pushing on all of us. For it proves social distancing is working. While we might be in it longer than we had ever hoped, it is working and that is good. 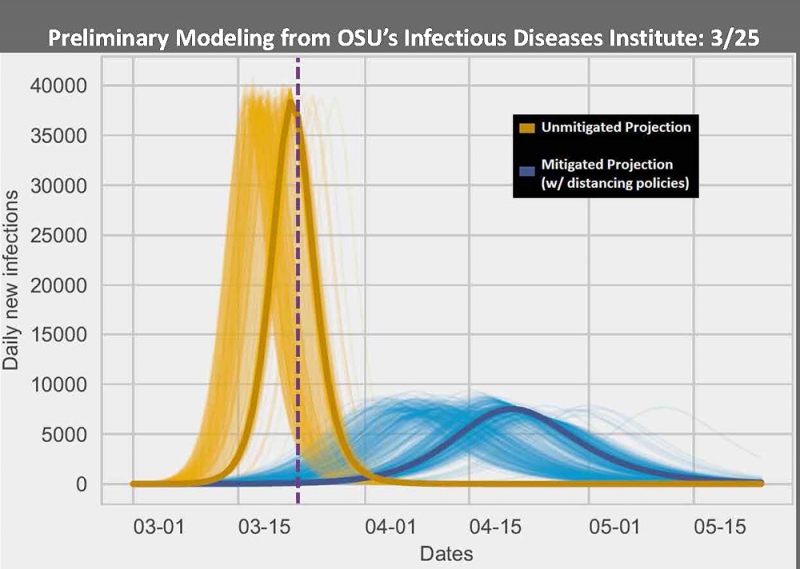 A curve chart from 03.25.2020, You can see that with social distancing the BLUE curve is much lower, but much longer. We are lowering the curve so that hospitals are not overwhelmed.

Users browsing this forum: No registered users and 9 guests