It finally happened. I was booted from the Lakewood Community page on Facebook and as a result I am now in elite company of many who dared speak against this mayoral administration and the heavy-handed tactics of those who run that particular page which supports the Summers crowd.

"When I'm riding in my car
And a man comes on the radio
And he's telling me more and more
About some useless information
Supposed to fire my imagination.
I can't get no, oh no no no."
"(I Can't Get No) Satisfaction"-the Rolling Stones
Top

Jen Pae started that page out of spite.
She got into a spat with Charles Milsap on the original "Lakewood Ohio" page (because he dared to challenge her on the hospital issue).
The next day she created her own mirror-image version of the page, which is controlled by City Hall.

A never ending game of control. Every site in this town but one, was started out of spit and dislike for "the others" and or to control the mayor's message. Only one group was started not because of anger with another, but with the idea of bringing something new, honorable, transparent and accountable to Lakewood. A place that had no control but the members with but a few rules, mostly dealing with safety and security. Once there is a place like that it was thought, who would need anything else. Well let me assure you they either have a personal reason to not be here(caught), or a desperate need to control the narrative. 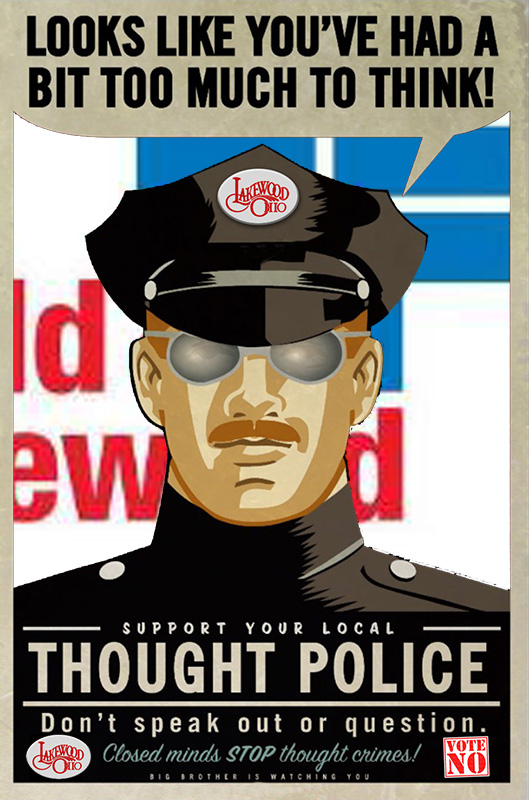 Long, even excessively long, discussion about this post on one of the other Lakewood pages the other day. I give them credit for not cutting it off - that group is living up to their ideal of minimal speech control. As usual, people from the so-called Community page came there to discuss it because they can't discuss it on their own page. And as usual, the use of bandwidth increased dramatically with the appearance of certain people. The Jays also chimed in.

I think I held my own against them without leaving any openings for legal action, but it's hard to go high against those who are so low.

"When I'm riding in my car
And a man comes on the radio
And he's telling me more and more
About some useless information
Supposed to fire my imagination.
I can't get no, oh no no no."
"(I Can't Get No) Satisfaction"-the Rolling Stones
Top
Post Reply
6 posts • Page 1 of 1

Users browsing this forum: No registered users and 69 guests