Well, many of you probably remember one of the best stories of this year, “Chas, Gordon Geiger And Lakewood Fire C-Shift Share The Love.” A story we told about some members of Lakewood Fire Dept One C Shift who saved a homeless man from the cold. Knowing that the man would be back on the streets soon, Lakewood Fire Department contacted Geiger’s who said they would love to help the man out providing the firemen with gloves, socks, shoes, coat, etc. Everything a person would need to survive in the cold. That day at another fire call, the firemen were relating the story to a contractor, who said, “My brother runs a place to help homeless people, it's called 'homeless hook-ups.' So they called homeless hookups and while people were talking, Dean Roff, the founder of Homeless Hook Ups mentioned his dream was to have a motorhome he could drive around and use to help clean up homeless people and get them on their feet, when one of the firefighters said, “Well I have a motorhome. It needs work, but you can have it.” This is where we ended this magical story about love, giving and helping in Lakewood, Ohio.

But no, it does not end there. We are talking about Lakewood’s First Responders, oh no it does not end there. Friday morning, 3.29.2019, a mere 1 month and 20 days after the amazing story and official meeting the next chapter was ready. The firefighters of Lakewood Fire House Station One presented a completely rebuilt and cleaned up RV to Homeless Hook Up, their founder Dean Roff, the Executive Director Kristina Forward, and Brittnay Brown, Vice President. To say they were overwhelmed would be an understatement. 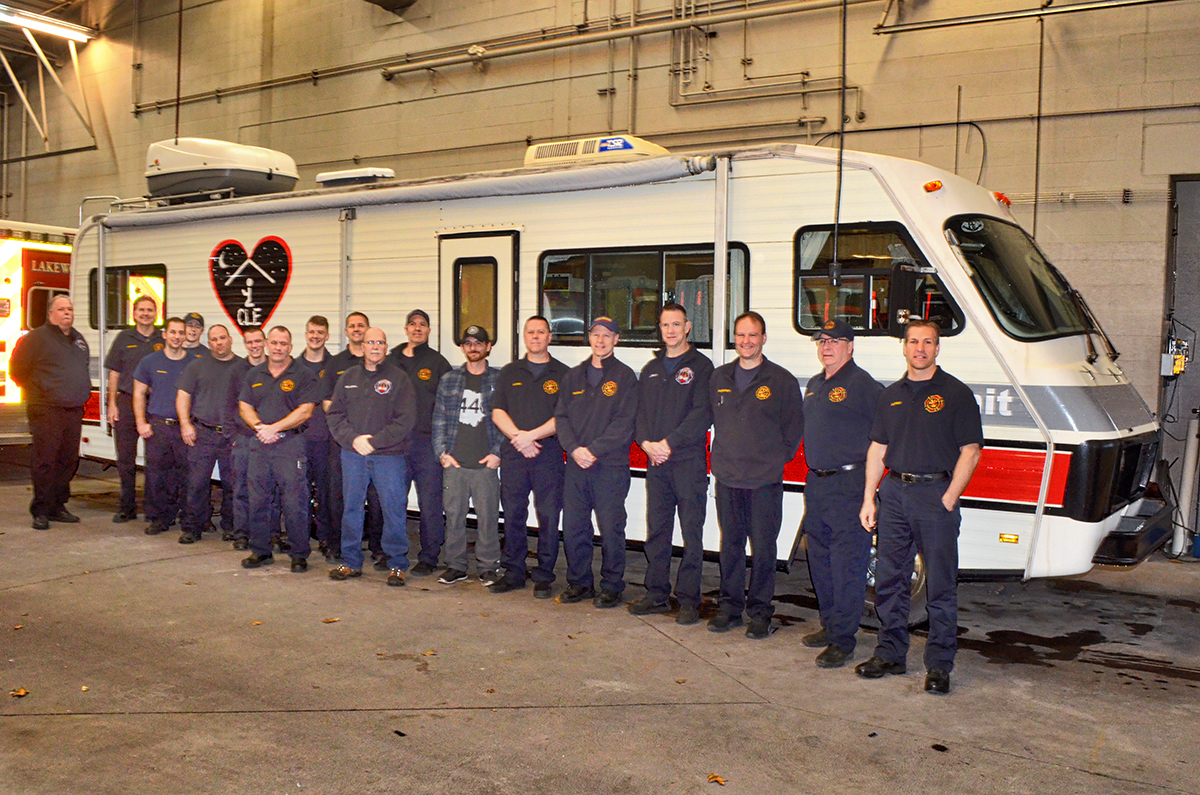 “These people were, no, are amazing,” said an excited Dean. “This is unreal, it has been less than two months, and now Homeless Hook Up can make a much larger impact than ever before.”

You see, this is a mission for Dean and his company. Dean was a homeless Gulf War vet, through no fault of his own. He was deployed in the Gulf on 9-11. When his tour of duty was over, he came home. Unprepared after years of having the government do everything, he fell on hard times. When he worked himself out of it, he would take what little extra he had or owned and would stop by and share it with the homeless. Then he started with a plan: soap, combs, clothing, little things we all take for granted. Dean looked me in the eye while explaining, “You have no idea how you feel when you hand a homeless woman a comb, and she smiles and starts to cry.” He went on saying his mission had been to help with the little things. Everyone feels better when they are cleaned up and looking good. Hard to argue with that. 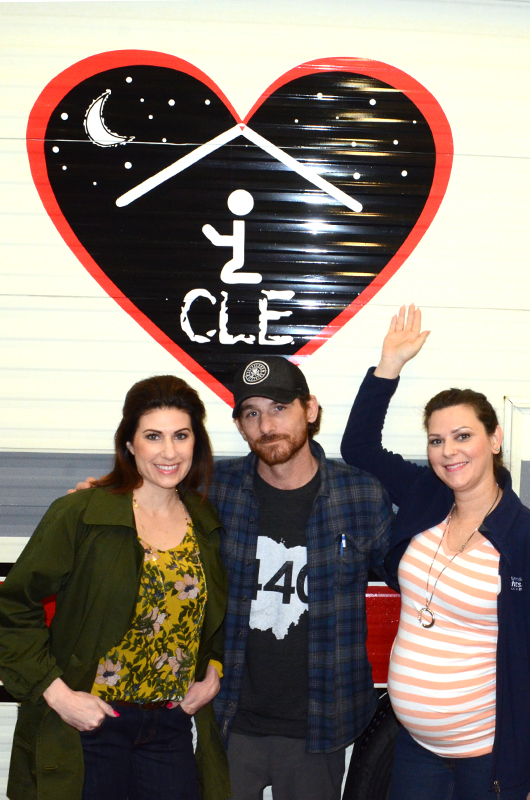 Slowly the idea grew: razors, shaving cream, women’s hygiene products, diapers, whatever he could get, he would give to those in need. Along the way he gathered many helpers and volunteers. It is hard not to be moved talking to Dean. The Executive Director Kristina Forward said, “It is easy to understand how I became so involved, I started as a volunteer, and saw that Dean’s passion for this met mine, and it just grew.”

The plans for the RV is “the next step” as Dean said. “Now we can go in and really give people a shower, a good meal, and a day that was better than their yesterday. One step onto a better road. Or simply the break they need, a conversation, a meal and them knowing people care.” It is just such an amazing story from the frozen homeless man to the motor home and the amazing support and hard work of Lakewood Fire Station #1.

They are always looking for the following items: Soap (travel Size), Shampoo, Washcloths, Toothbrushes, Toothpaste, Mouthwash, Dental picks, Shaving Kits, Lotion, Q-Tips, Hand warmers, Hats, Gloves, Emergency Blankets, Socks, Suntan lotion and any and all of the little things we all take for granted that you can part with. Of course they can always use $$$$$ and more volunteers!

If this story was any better, with any more happy endings no one would ever believe it, but I am happy to say I bear witness to it all. The amazing show of love, respect, caring, giving, thoughtfulness, motivation and LOVE. 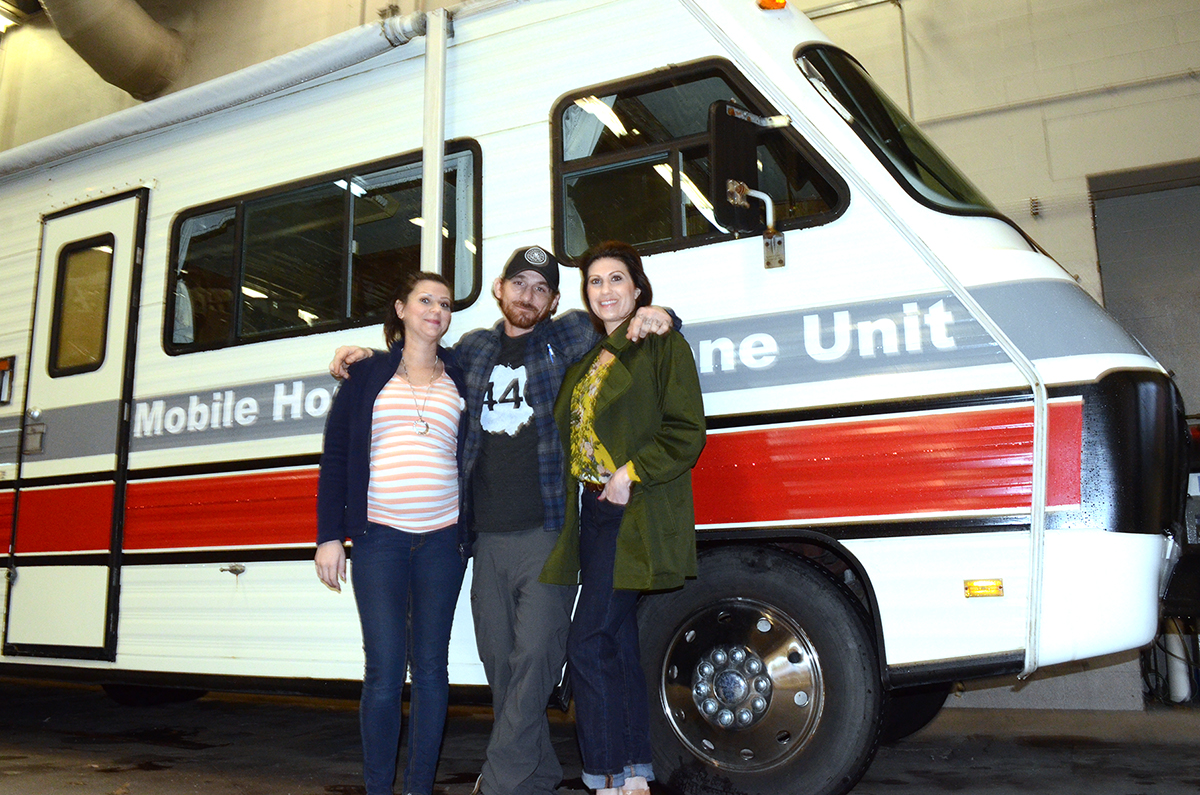