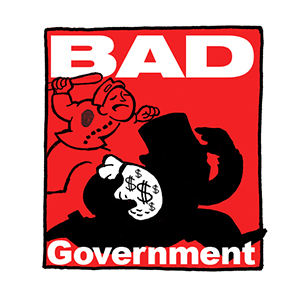 Key points:
• The City was the sole owner of Lakewood Hospital with its mission to provide hospital services to Lakewood residents. Planning and decision-making concerning its was a City government function.
• Mayor Summers, Councilman Bullock and Council President Madigan, as ex-officio trustees of LHA started engaging in secret government planning and decision-making on the closure of the hospital in 2012.
• From 2013 through January, 2015 — when the hospital closing was announced - ex-officios Summers, Madigan and Bullock repeatedly went into secret executive sessions, giving the reason that public meetings would be “detrimental to the interests of patients.” In those meetings, the three secretly planned and decided to eliminate the services provided to the very patients.
• In 2013, a "Select Committee" was formed, and a "written report" was presented at an LHA Board meeting on December 12, 2013, but it has never been made pubic.
• As the decision-making process continued, relevant documents were left with CCF attorneys or executives to keep the details secret. The lawyers are still fighting in court to keep the records secret.
• On December 21, 2015, the Master Agreement with CCF was signed, and Summers, Bullock and Madigan resigned as LHA trustees.

Key quotes:
• “I believed that it was my responsibility as a Mayor…to shape...the issues facing the hospital and…make a recommendation to the citizens of Lakewood.” Mayor Michael Summers
• The Step 2 Committee was asked “to continue to define a more comprehensive model for the delivery of future healthcare and health services in Lakewood, potentially including the solicitation of letters of intent with potential partner(s) or investor(s).” But the decision had already been made.

Definitions:
• Writ of Mandamus — Seeks a court order to have a public entity or public official do something. In the case of a public records request, it seeks an order that the city produce the requested records.
• State Ex-Relator — The title given to the person (the plaintiff) asking for a Writ of Mandamus.
• Ex-officio — In this case, an elected official who has his or her status on LHA's board as a matter of law or by virtue of their status as a publicly elected official, as opposed to a member of the general public who is chosen or appointed as an ordinary trustee.
• Letter of intent — A non binding legal document. The LOI in this case refers to the Letter of Intent signed by Cleveland Clinic Foundation (CCF), Lakewood Hospital Association (LHA) and Lakewood Hospital Foundation (LHF) on January 14, 2015.
• The Step 2 Committee was a secret committee that Summers formed in December, 2013 to conduct the sham or "whitewashed" bidding process to supposedly solicit other hospital systems ro bid on the statue quo of maintaining the hospital as it was. The members of Step 2 were chosen by Summers and were: CCF trustees Tom Gable and Bill Gorton, Dr. Mousab Taabba, a tenant at the Columbia Road office building whose medical practice was dependant on CCF, and Ken Haber, who was also the President of LHF.

Mayor Michael Summers, Councilman Tom Bullock and past Council President Mary Louise Madigan participated in governmental planning and decision-making with actions and records that were actively concealed from the public. All three have acted to hide records from the public.

After over a year of public debate and pending litigation, Summers, Bullock and public officials continue to fight to keep public records and details of their secret process from the public. Law Director Kevin Butler and the city are fighting a Writ of Mandamus by Brian Essi as the State Ex-Relator trying to keep hundreds of public records secret.

Here is how they did it. Much of this comes from documents now on the City website (www/onelakewood.com):
1. The City was the sole owner of Lakewood Hospital with its mission to provide hospital services to Lakewood residents. So any planning and decision-making concerning the sale or closure of Lakewood Hospital was clearly a city government function.
2. Starting in 2012, Summers, Bullock and Madigan as ex-officio trustees of LHA engaged in secret government planning and decision- making on the closure of the hospital. For example, in January 2016, Summers testified under oath concerning his activities at LHA: “I believed that it was my responsibility as a Mayor…to shape...the issues facing the hospital and…make a recommendation to the citizens of Lakewood.” However, he, Madigan and Bullock “shaped” it all in secret.
3. Beginning in 2013 and through January, 2015 when they announced their decision, Summers, Madigan and Bullock (the “ex-officios”) repeatedly voted to go into secret executive sessions for the contrived reason that public meetings would be “detrimental to the interests of patients.” However, in those meetings, the three secretly planned and decided to eliminate the services provided to the very patients [Lakewood residents] they were sworn to provide the services to and protect.
4. In 2013, the ex-officios were all members of the secret “Select Committee” at LHA — Summers controlled who was on that committee and he led it — he chose Cleveland Clinic Foundation (CCF) trustees Tom Gable and Bill Gorton, as well as CCF executives and other CCF trustees to help “shape” the ex-officios’ “recommendation.”
5. The goal of Summers’ “Select Committee” was “to ultimately recommend one option” and they decided that the “one option” was to close the hospital. Indeed, in November, 2013, Gable told Councilwoman Cindy Marx that CCF would build a family health center to replace the hospital.
6. At a “Special” LHA Board meeting on December 12, 2013, they issued a “written report” and “[t]he copies of the written report were numbered and collected at the conclusion of the executive session.” That “written report” has never been made public.
7. Also, on December 12, 1983, the ex-officios voted to give Summers authority to create a smaller and more secret Step 2 Committee “to continue to define a more comprehensive model for the delivery of future healthcare and health services in Lakewood, potentially including the solicitation of letters of intent with potential partner(s) or investor(s).” But this was all a sham, because the ex-officios had already decided their “one option.” Summers again chose Gable and Gorton to be on Step 2 to influence this governmental decision-making process. Bullock and Madigan approved it.
8. As has been previously reported, none of the “potential partner(s) or investor(s)” allegedly sought were allowed to bid on the “one option” our three elected leaders decided upon. That option had been given to CCF alone.
9. Throughout this government decision-making process, the ex-officios continuously left all relevant documents in the custody of CCF attorneys and/or CCF executives, an apparent effort to shield public information and actions from the public and keep details of the bogus process secret.
10. On December 21, 2015, Madigan, Bullock and the rest of Council approved the Master Agreement which Summers signed. That agreement sealed the fate of the public records leaving them with CCF. Meanwhile, CCF and their top notch white collar crime lawyers are fighting in court to keep the records secret. The Master Agreement also provided for a $2.5 million insurance premium that will protect the ex-officios for their bad behavior if they are ever called to task.
11. Summers, Bullock and Madigan have all resigned their positions as LHA trustees creating further distance between them and the evidence of their secret deliberations and decisions.

It’s all so convenient. Our elected leaders used a public charity to shield governmental planning and decision-making functions and hide public records in a cover-up of that process. The charity was supposed to protect Lakewoodites, but our leaders used it to protect themselves.